← more from
Spacebomb
Get fresh music recommendations delivered to your inbox every Friday.
We've updated our Terms of Use. You can review the changes here. 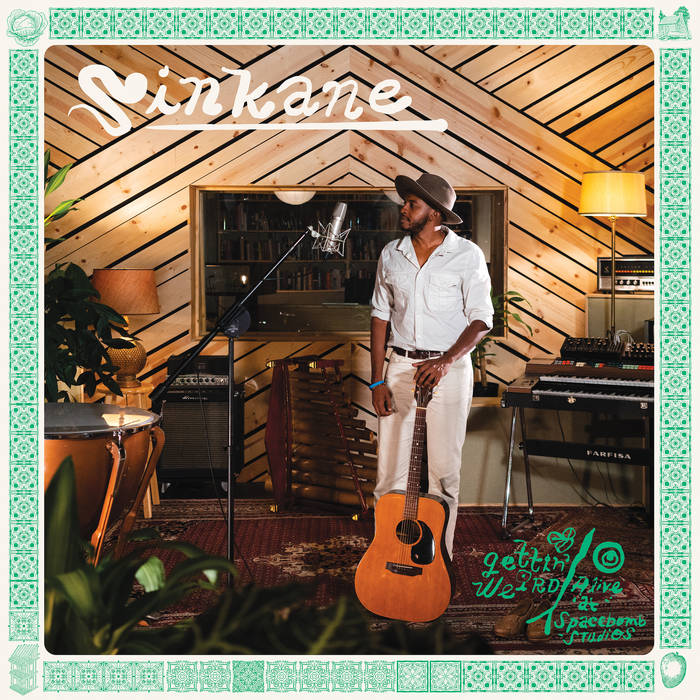 Stepping into Spacebomb’s Richmond studio and working with their team of instrumentalists and producers is a license to get a little weird. Sinkane’s Ahmed Gallab takes full advantage of the opportunity on the latest in the Alive at Spacebomb Studios series—the fourth in the series, following albums by Natalie Prass, Sleepwalkers, and the duo of Fruit Bats & Vetiver. Following his album Dépaysé (City Slang) from earlier this year, which the Sudanese-American musician described as “the story of an immigrant’s journey of self-discovery in the Trump era,” Gettin’ Weird takes five songs from that album and one from 2014’s Mean Love (“How We Be”) and reimagines, rearranges, and finds new meanings with the help of Spacebomb House Band: producers Cameron Ralston and Pinson Chanselle, Matthew E. White as executive producer, and multi-instrumentalist and arranger Trey Pollard. Despite – or perhaps because of – the difficult times we find ourselves in, the themes throughout these six songs revolve around love, inclusion, and finding oneself. On “Ya Sudan,” Sinkane sings about the duality of growing up in two countries in a silky falsetto traded in for the assertive baritone of the original version. The pair of “Everybody” and “Everyone” become hazy meditations that address the terrible current events of the world and defy the idea that a homogenous world is a better one. And on “The Searching,” which “probably means more to me than most of the songs in my catalogue,” he offers a powerful alternative to the original. “I’ve always been confused about my identity,” he says. “But in the last two years I have found my peace with it. That acceptance yielded the creation of this song. It’s the most emotional and honest song that I’ve ever written.”

Bandcamp Daily  your guide to the world of Bandcamp

Guests John Beltran and Kim Myhr walk us through their magical musical adventures.